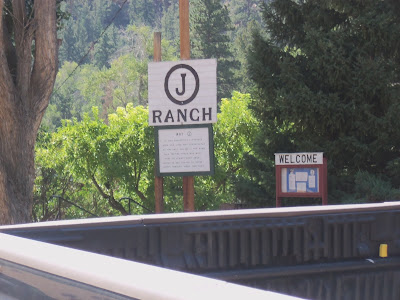 One week of work behind us.   Gosh it's been really hot for those working outside on building a pavilion.   They decided to start at 6:30 am and work until 12:30.   As for me, I spent three days inside with campers and another day cleaning up the office and shredding lots of documents. 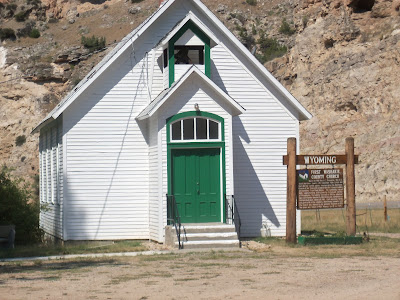 On Friday we took off with another couple and explored some back roads.   A short drive out of Ten Sleep and it is nothing but dirt roads leading up higher into the mountains. 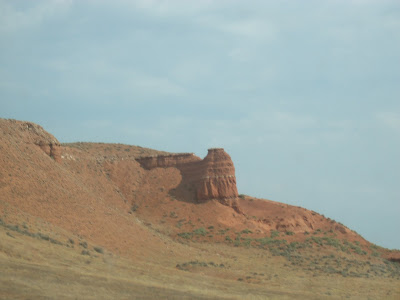 At one point we came to a crossroad and decided to take the 20 mile road to the town of Shell.  Little did we know what we were getting into.  For about two miles this is what the road looked like. 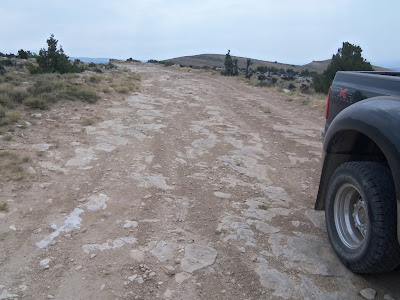 It jarred our teeth and our friend with us, Donna, remarked she wish she had worn her heavy duty bra.  On this section of road we came upon two women on motorcycles.  One stopped and took our picture as we passed as if to say she could not believe a truck was traversing this route.

Eventually the road smoothed out. 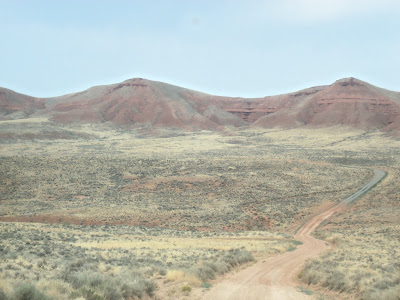 Along the way we came across several Pronghorn antelopes who appeared as interested in us as we were of them.   He is there in the brush, a little difficult to find. 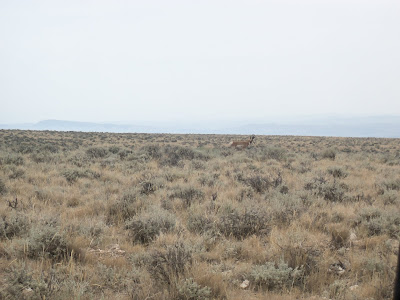 About 4 miles before finding our way to the paved road between the towns of Shell and Greybull, we came across this site. 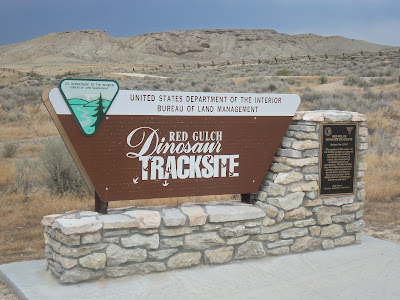 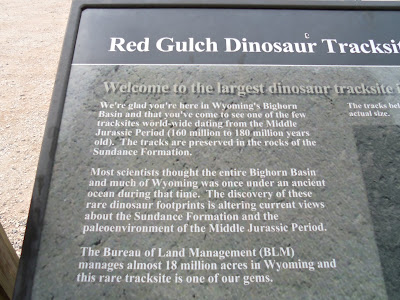 We managed to find a few tracks. 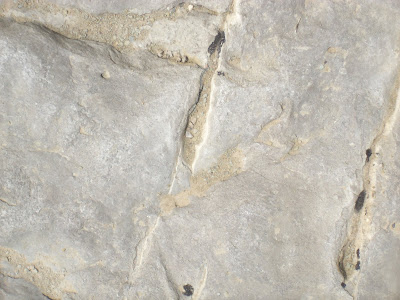 Tomorrow it is back to work.   Temperature on Tuesday is expected to be close to 100 but drop to low 70's on Wednesday.  Come on Wednesday!
Posted by Phyllis at 4:36 PM

Also, something I've been curious about. Are you blasting to New York in 2 or 3 days after the Escapade?

Too cool to find dinosaur tracks. Made the dirt road worth it!

Dinosaur tracks are a great find.
I have been and still am running the a/c here today. Not so much hot as humid. I hope wed. brings you some relief.

We certainly understand bone jarring roads. At least you did not have your home bouncing along behind you.
I am no expert on dinosaur tracks, but the track photo looks like cracks and erosion in the rock.

I'll bet those 70s temps will feel real nice to you. Great tour of the area especially those dinosaur tracks.