Week of April 5 to 11, 2010. We spent this week outside Seguin, Texas at the home of Terri's friend Sharon Smith and her friends Anne and Marcia. Below are two of their goats who "play" like this several times a day. 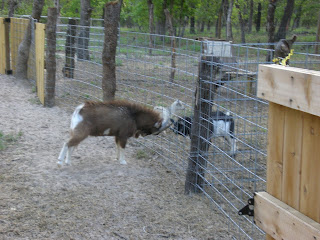 The front deck of their home. 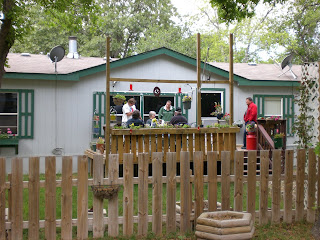 One of our meals on their back deck. 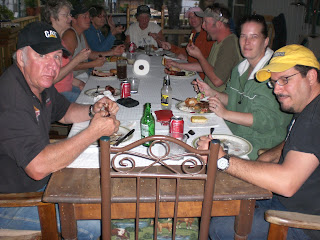 That is Sharon with the big smile and her mother, who also came from NJ for a visit, left of her. Anne is in the blue and the back of the head of Marcia. 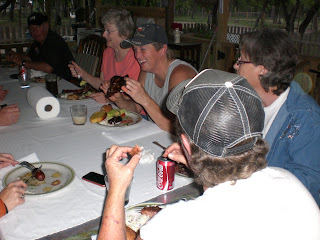 Three of their four horses. Two are ready to foal in two months. 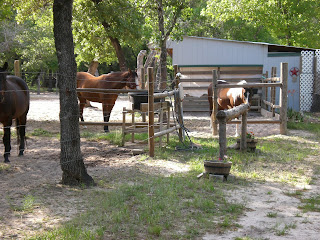 April 9, 2010. This is Peggy and David. I have been talking to Peggy for a few years on the Weight Watchers RV and Campers thread. Peggy and David are also fulltimers. They are working for a year at the Escapees Park in Hondo, Texas. We met in San Antonio at the Little Red Barn for a steak lunch. It is always nice to meet people I have "talked" to online. We do hope to meet again down the road. Perhaps we might stay for a while in Hondo later in the year or early next year. 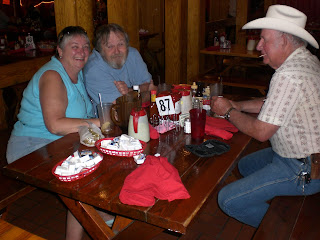