And on to Alabama


We finished our project in Georgia on Thursday.   During Leonard's last few days he completed the wiring project with the help of NOMAD Ernie.   This is a picture of Len back up in the attic.  You can barely make him out in the middle center left, but there he is, that dark shadow. 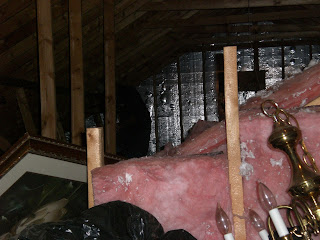 Our group worked really hard the first two weeks.  We were wondering what to do those last few days.  Leonard took care of that by falling through the ceiling.  NOMADS couple Ernie and Donna Rainey took charge of the fix.   Ernie worked on the repairs, Donna did the mudding and then applied a coat of spray
"popcorn" ceiling paint.   This first picture is of the repair.  It looks discolored because it is still wet.  Next is  Donna following her spraying the ceiling. 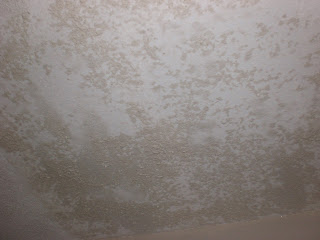 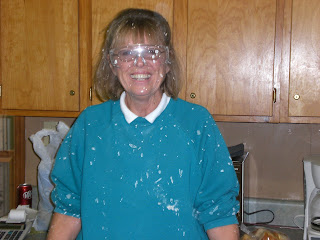 My job the last few days was power washing the area around the pool. 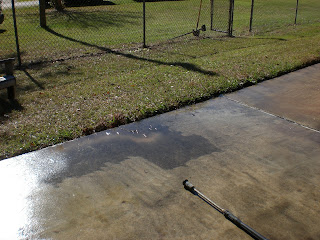 On Wednesday in came the police!   Officers from Georgia, Florida, Tennessee and Alabama were at the camp with their K-9 partners.   We were surprised to see three sheriff cars from Cullman, AL where Len's son lives and where we are now.  Cullman is about a 5 hour drive from Vienna.  We were told there were 60 dogs.  The officers hid explosives and drugs in various buildings and then worked with the dogs to re-certify them.   A police line up. 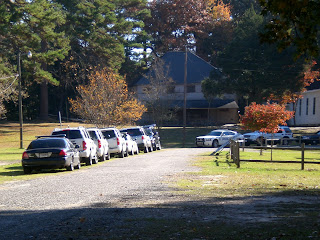 Following our last day of work, we went to dinner at Yoders, an Amish cafeteria in nearby Montezuma.    Seated at the far left is Stacy, the camp director surrounded by her children and husband Matt. 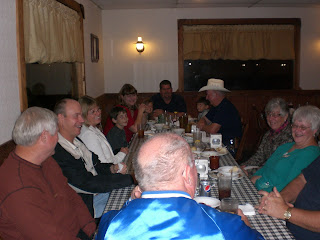 We got back on the road Friday around 8:30 am.   We arrived in Cullman, AL about 12:45 central time.   After getting settled at Cullman Campground, our home for the next two weeks, we drove over to sons house and visited a short time with Lennie, Tammy, Morgan and Maddie.
It was an early night for us with a good nights sleep.
Posted by Phyllis at 6:09 PM

Our good friends are from Cullman, AL. They just got back here to Blaine after being there for 4 weeks. Has your son lived there for a long time? Wouldn't it be funny if they knew each other?

Enjoy your time with family.

Glad to see your done with that project with no further injuries! That popcorn paint doesn't look like much fun to me!

Phyllis wanted to let you know your comment to my blog that mentioned the Mummers Parade really brought back memories, our whole family would watch it and then the men would switch to football and the women would go in the kitchen and cook and talk. I will have to look for a copy of You Must Be from PA. IF---. that somebody sent me, one of the things was, you must be from Pa if you know what a Mummer is and what they look like.. Be safe out there. Sam & Donna.