Today is "D" day and the topic is dancing. 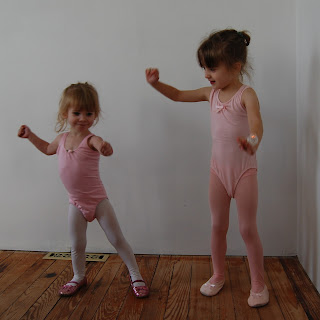 My goodness, I had a hard time coming up with a "D" topic.    Then DANCING popped into my head.

As a teenager I loved to dance, as most young people do.   Way back then it was The Twist, Mashed Potato,  The Stomp, The Stroll and of course the Jitterbug.    Every afternoon after school  it was sitting in front of the old black and white TV watching  Bandstand.    Back then it was broadcast from Philadelphia.  I can even remember when the host changed from somebody with the last name of Horn to Dick Clark.  Perhaps a reader can remember Mr. Horns first name.

As I lived in South Jersey only about 20 miles across the Delaware River from Philadelphia some of the kids I went to school with actually got to dance on Bandstand.     We each had our favorite regular on the show.  I even joined the fan club of a dancer whose last name was something like Minnick I believe.  Hey, this was decades ago - blame it on my foggy memory.

I continued to enjoy dancing while my daughters were growing and their father and I attended dances at the local firehouse where he was a member.

One time I went dancing changed my life.   It was June 1988.   At that time Country Dancing was very popular in New Jersey.   Live bands played almost every night of the week at various bars and dance halls.  Singles night was Tuesday at one such place and friends encouraged me the join them there.  I refused several times but finally agreed.

There I met Leonard.    He worked for a company out of Houston working on heat exchangers in refineries throughout the country.    It was his third Tuesday there.  He had already danced with my friends the previous weeks.   He was on a date with another woman.   I was to meet up with a man (named Leonard of all things!) who I had been out with just once before.

The woman Len was with went off talking to friends and the Lennie I was to meet was not there yet.   Len asked me to dance.    Bottom line, by the time the other Lennie showed up I was smitten as was apparently Len.   Lisa and Lennie were ignored the rest of the night.    Bottom line, Len moved from Louisiana to NJ and one year and three days later we married.  We still Two-step, waltz and country line dance when given the opportunity.

Today's topic DANCING!   Are you a dancer?
Posted by Phyllis at 9:54 AM

Love love love to dance. Sam will dance after a couple cold ones. You have no idea how many times I wished I lived close enough to go on bandstand, use to follow the dancers and their dates and breakups...wasnt there a gal, Carmen that was one of regulars.
We did have the St louis sock hop, a locally televised program, but again that was in st louis, and living in boondocks might as well have been philly.

Snap! John and I met at a dance too. January 1960. You could call it a country dance in an old country hall, but it was a summertime beach dance with the big city band which had come out to draw the crowd. Summer beach dances were quite unique to New Zealand I think. The boys/men wore shorts, short sleeved shirts and bare feet. The girls wore pretty, full skirted dresses, carefully curled and styled hairdos, sometimes beehives), and bare feet. Footwear was strongly discouraged during dancing,no-one wanted their sunburnt feet stood on!

We danced all the traditional ball-room dances plus the latest rock and roll and very popular Gay Gordons and Polonaise where you danced in a huge circle. changing partners every minute or two.

Sadly John is not a dancer so the dances ended once he'd caught his bride! One thing I never won. *smile*

Love this walk down memory lane.

I took tap, ballet and toe dancing from age 4-18. I even had graduated from high school before my last recital was over. Had some wonderful times but then there were not so good times...especially when I wanted to go to a school function but had to go to lessons instead. Thanks for bringing back such good memories.
The girls are ADORABLE! ~wheresweaver

What a wonderful story. As a child dancing was forbidden to me but I still watched American Bandstand when we finally got a TV. And I danced when no one was looking - can't help myself. Unfortunately Russ is not a dancer although I did con him into a couple of years with a square dance club! I loved it.

What a great story.
I loved to dance too and could out dance anybody. Now not sure where to put my left foot first or the right one either.
I also watched bandstand, who didn't :)